Easter Around the World

Easter is a holiday celebrated by Christians  to “represent the fulfillment of the prophecies of the Old Testament and the revelation of God’s salvific plan for all humankind.” (Brittanica.com) Easter also celebrates the defeat of the dead and the hope of salvation.  Easter changes all the time, from different times to different days, it changes because it’s based upon the moon. When the snow turns to flowers, and the air turns warm.

Many countries around the world celebrate Easter, but they often have their own traditions. In America Easter celebrations often involve attending mass, having egg hunts,preparing  nice dinners for family gatherings, and decorating eggs

Easter is a holiday where mainly christens celebrate it. They have ham and other foods, some of the most popular foods are lamb, pork, roast beef, feta with olive oil and herbs.

Here are some other popular Easter foods and where they are from:

Everyone is looking to have some fun to make their days better. Every day, there is a national day that you can celebrate by showing that you care and participate in it.

April 14th- National Look Up at the Sky Day, National Reach as High As You Can Day

By Emily Ferraro and Janie Stubbe

If you live in Western PA, you might hear the varieties of slang that exist. You might ask what slang is? Slang is a type of language that consists of words and phrases that aren’t formal or proper. This type of language tends to be more used in language than in writing.

We asked students how they preferred to say the following words and tallied up the results: 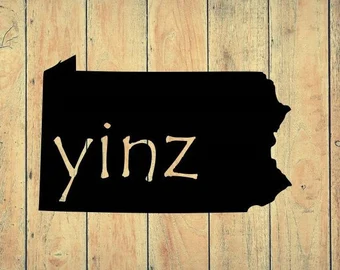 Primanti’s(french fries put in a variety of foods)

Cultural Connections: The Story of Hachiko

One of the most famous figures in Japan is not an actor or even a human; it is a dog named Hachikō. There is a statue of Hachikō at the Shibuya Station, one of the most popular places in Tokyo. The story of Hachikō is known as “the tale of loyalty.” This story is about Professor Eizaburo Ueno of Japan and his loyal Akita.

The story of Hachiko starts at a farm near the city of Odate in 1923. When Hachikō was a year old Eizaburo Ueno, a professor of  agriculture department at the Tokyo Imperial University, bought him as a pet and brought him to Shibuya, Tokyo. Every day that Eizaburo returned to Shibuya Station after work Hachikō  was there to greet him. 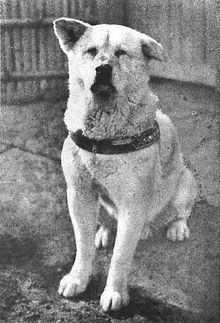 Everyday they did the same thing: Eizaburo would come to the Station and be greeted by Hachikō. On May 21, 1925,  Eizaburo died of cerebral hemorrhage while lecturing at the university. Hachikō still went to the station and refused to go anywhere until he saw Eizaburo. Other riders at the station had seen Eizaburo and Hachikō together, and after Eizaburo’s death more and more people felt bad for the dog who longed for his owner.

One day a newspaper in Asahi Shimbun published an article about Hachikō, and people began to leave food and treats for him “while he waits for a ghost.”

This would continue until Hachiko’s death from terminal cancer on March 8, 1935.

Two statues stand in Japan to commemorate this special dog and his owner. One of the statues sits next to his owner Eizaburo, in a cemetery, while the other statue sits outside Shibuya Station. Every year on March 8th a solemn ceremony is held to honor the loyalty of Hachikō. In 1994, a Nippon Cultural Broadcasting put together an old and broken record to just hear Hachikō bark. On May 28, 1994, 59 years after his death, over 1 million people listened to Hachikō bark. The story of Hachiko gives new meaning to “man’s best friend.”

By Liam Hunter and Addison Porter

There are many other holidays going on this winter other than Christmas and New Years Eve that you may not know about. Some are celebrated by different cultures, religions, or very diverse groups.

Hanukkah is are religious holiday celebrated by members of the Jewish faith.. Hanukkah isn’t the same week every year. This year it’s from November 28th to December 6th.  Hanukkah’s origin is from 139 BC when the Maccabees returned to Jerusalem to free it. In the temple a new menorah was made but there was only enough oil to light the candles for one day. The candles kept burning for eight days and it was considered a miracle. Ever since then, candles on Menorah have been lit for eight days and delicious food is made to commemorate this holiday.

Each night at sundown, families will gather together and light a new candle on the Menorah. The menorah has nine candles total. The ninth is called the Shamash. It is used to light the rest of the candles. They sing, open gifts and say a prayer. They will eat many different types of food that are fried in oil to symbolize the candles being lit for eight days. One of the most popular foods is Latke. Latke is Yiddish for pancake. It consists of batter made of shredded potatoes fried in oil. Another food made during Hanukkah is Kugel. It’s a sweet casserole dish made out of noodles, eggs, sugar, sour cream and cottage cheese.

Another holiday that is not as well known is Chinese New Year. This year it starts on February 1st and ends on the 15th. It’s only a public holiday for the first 7 days. The date changes every year, but it always falls between January 21st and February 20th. The origin of this holiday is from a legend. The legend was that a monster would attack at the beginning of each new year. The monster didn’t like red, bright lights, or lots of noise, so to keep away this monster they made sure to do all of these things. During Chinese New Year, they celebrate new beginnings, luck and fortune, in the upcoming year.

Those who celebrate Chinese New Year eat special food to bring certain things like happiness, wealth, and success. Those who eat fish are seeking an increase in success or looking to excel more than before. If you are eating Spring Rolls then you may be looking forward to some money or a sudden occurrence of wealth. A food you would eat if you want your family to be closer you would eat Sweet Rice Balls.

On the last day of Chinese New Year, there is a lantern festival. People go outdoors or in a natural area and enjoy a nice meal with their family as they watch the lanterns in the sky go by and see the bright lights.

There are so many different holidays you may not know about. If you see someone who is celebrating something different, learn and explore what that is. Always remember to stay curious when hearing new things about people.

BY ELLIE COLEMAN AND ANDREW RUSSEL

When someone mentions summer holidays, the main thing people think about is the Fourth of July. Many people don’t realize it, but almost every day is some sort of holiday. One of the more important holidays that many people don’t know is called Eid al- Adha.

Eid al-Adha always falls on the tenth day of Dhu al- Hijjah, the twelfth month of the Islamic Hijri, the Muslim calendar. This holiday centers around prayer and animal sacrifices. It is known as the Festival of Sacrifices. The goal is so that all Muslims can eat meat.

Eid al-Adha requires a crescent moon to start the festival. On July 9, 2021 people searched the skies for the crescent moon, but to no avail. On the 19th they searched again, but there was still no sign. Because of this Saudi Arabia declared that the festival should start on the 20th. It’s no easy feat to figure out when exactly it will appear. However, even with the global pandemic, over 1.6 billion Muslims celebrated the holiday.

This holiday is celebrated as a remembrance of Ibrahim’s sacrifice. Ibrahim was a man who is said to have lived a long time ago. According to the Muslim faith, he had a son named Ismail. When his son was still young, Allah, the one true God to Muslims, told Ibrahim to sacrifice Ismail as a test to see if Ibrahim was committed to Allah. Just as Ibrahim was about to sacrifice Ismail, Allah spoke and instructed him to not kill the boy, but to sacrifice an animal instead.

Eid al- Adha is one of the most important holidays for Muslims. During this holiday they are able to see their family. When they come together they share food and give gifts to each other. They begin the festival by praying. Following this, the family will sacrifice an animal, giving some to the poor. Once finished with this, they are able to gather with friends and family, eat a festive meal, and give gifts.

Every holiday has a special kind of food, like turkey for Thanksgiving. The traditional food for Eid al- Adha is usually sheep or goat meat. They slaughter a sheep or goat, making sure that it is not disfigured or unacceptable in any way. This is done as a symbol of the sacrifice Ibrahim made to Allah. They take the meat and put it into three groups: for home, for family, friends, or neighbors, and for the poor. Other dishes that they have are sweets and many things with lamb and mutton, not just plain meat. They drink coffee and eat crumpets and sheer khurma, a dish similar to curry.

There are so many interesting things to learn about Eid al-Adha, and it is only one holiday. There are many more holidays during this time that many may not be aware of. Try to learn more about other cultures and what they celebrate.